Steel City Collectibles has agreed to sponsor a fun-filled NCAA Tournament Bracket for retailers attending The Industry Summit. Retailers who enter a completed bracket will receive a $25 voucher toward their next order from Steel City Collectibles. There will be 3 top prizes; the winning entry receives an unopened case of 2013 National Treasures football! More details on this to soon follow. Thanks to Sean Bennett andthe team at www.steelcitycollectibles.com

“The Summit provides a great opportunity to sit down with store owners and get their candid input,’’ said David Reel, Topps Vice President of Sales. “We want to hear what we’ve done well, what could be improved and where we should invest our promotional resources during the rest of 2014 and beyond.’’

ThePit.com has prepared prizes worth over $3,000 to introduce Industry Summit attendees to its online platform for buying and selling vintage and modern sports cards. Prizes for ThePit Summit Giveaway will be awarded based on random drawings as described below, and the prizes will be deposited into the winners’ Pit accounts on Wednesday, March 19th. EVERY ENTRANT WILL RECEIVE A PRIZE WORTH AT LEAST $15! Entering the giveaway is easy: just stop by thePit’s booth at the Summit, register (if you’re not already a Pit member), and drop a card with your email address into the contest bowl. ** SPECIAL OFFER: TRIPLE YOUR CHANCES OF WINNING BY SPENDING $40 OR MORE ON ThePIT BETWEEN NOW AND THE SUMMIT! **

Contest Details: Prices above represent the current Pit Bid and Ask prices as of February 20th. Pit prices are subject to change based on market conditions. Up to three Grand Prizes will be awarded, based on the number of entrants as shown above. Total Value of prizes is based on current PitAsk prices and on assumption of 120 entrants. Winners will be notified by email by March 21st. PitCash awarded in ThePit Summit Giveaway must be spent on thePit by April 30th, 2014. Winners who request card delivery are responsible for standard Pit shipping fees. Mention your $40+ Pit purchase(s) between Feb. 20th and March 18th and get three Giveaway entries rather than one!

About ThePit.com: ThePit.com is the only sportscard trading website that operates like a stock exchange. ThePit always maintains Bid and Ask prices on all its listed cards, and customers can buy & sell without taking possession if they choose. Requests for card delivery are normally shipped within 24 hours of receipt. ThePit has been in continuous operation since 2000, and has executed over $42 million worth of trading card transactions. ThePit is led by Mark Humphries (General Manager) and Frank Lewandowski (Operations Manager) and is located in Oxnard, CA.

LAS VEGAS – The high-profile sports auction industry will be in the spotlight during a first-ever Sports Auction Panel discussion during the 2014 Industry Summit.

“Sports auctions deliver a significant impact on collector behavior and enthusiasm – as well as providing compelling partnership opportunities across our entire industry,” said Kevin Isaacson, Industry Summit host. “We look forward to what promises to be a lively panel discussion, as well as the positive new business relationships that will certainly be created at this year’s Summit.” 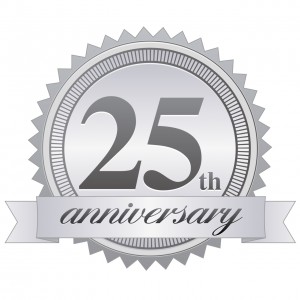 2014 Industry Summit attendees are invited to celebrate 25 Years of Success with Sports Images, Ultra Pro and Upper Deck. Join all three companies for a celebration to remember, complete with cocktails, food, live music, gifts, prizes and a few other surprises.

Please have your Industry Summit badge to gain entrance. No RSVP necessary.